I have been going through my old notes from Hebrews 11 as I prepare for a sermon with the Harvest Youth Group. A sentence that I wrote back in 2009 struck a chord with me. It said:

I am not sure, but I think I listened to a teaching from Britt Merrick over Hebrews 11 and he may have said that, but either way it seems to be more relevant to me six years later as I revisit these notes.

As I have gotten older, matured (kinda), and started a family the more I feel like I am working non-stop. Between helping with my family, serving at Harvest as an associate pastor, mowing lawns on the side, managing rental properties, and trying to keep my health insurance current and up to date, I have developed a pretty rigorous schedule and routine.

In a lot of ways, the season I am currently in has affected my personal walk. I am not approaching God with the list of stuff I have gotten done this week to make sure I am still saved or impress him, but it is a struggle to slow down and simply worship Him.

And that is where I thought of Noah. Noah had a working faith, the kind that James 2:17 describes: “So also faith by itself, if it does not have works, is dead.” I don’t think Noah would have been considred a Type A, but he demonstrated a balance and of trusting and worshipping God.

Noah believed God when God told him to make the ark. At this point Noah could have just laughed that request aside or assumed it was too crazy to be true. But he knew and had faith and confidence in who God was. Noah adjusted his life, allowed God to stretch and grow him, and ultimately spent the next 40-50 years building the ark. It was Noah’s faith and confidence in who God was that allowed the work to happen. How ridiculous would it be if Noah would just build that boat without a trust or faith in God and later came to God asking if he was impressed that he built this giant ark for him. It is always a faith and trust in God that allows for a natural and organic expression of our faith in service and love.

I fear that I have lost that simple awe and amazement of who God is. I spend the majority of my life going, doing, working, and plenty of other present participles. Studying through Noah’s life has been encouraging to think back on who God is, what he has done in my life, how he has blessed me, and all that I have in Christ. Obviously there is no such thing as a Type A or B Christian, but if my entire life is spent doing, working, or serving for the Kingdom and not just being with God, then I am going to be in a world of trouble. I am reminded that in the midst of a chaotic and busy season, there is still One who is unchanging, compassionate, and ready to work through overwhelmed and confused people, and for that I am thankful!

I really want to work on fixing this pattern, but really it is fixable by spending time in true worship and adoration of who God is. That can’t be scheduled, compartmentalized or organized. It is what we should be doing all the time! 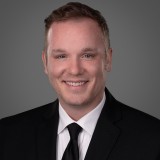